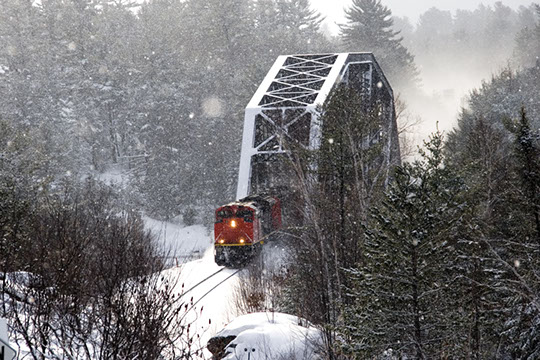 The Locomotive Inspection Act – commonly known as the LIA - was originally passed by Congress in 1911 under the name Boiler Inspection Act. The LIA mandates that a railroad only use locomotives which are in proper condition and are safe to operate without unnecessary danger of personal injury. The LIA also requires that locomotives be properly inspected, and be able to pass a battery of tests prescribed by the Secretary of Transportation. In conjunction with the LIA, the Federal Railroad Administration has issued numerous federal safety regulations governing locomotives. These regulations cover a variety of topics, such as keeping locomotive walkways free of tripping hazards or slipping hazards, keeping diesel exhaust out of locomotive cabs, etc. For practical purposes, these regulations are treated like part of the LIA. Thus, a railroad can violate the LIA in either of two ways. It can violate the express terms of the LIA, or it can violate the provisions of one of the federal regulations.

If you have suffered an on-duty injury, it is important to have attorneys experienced in FELA law and LIA law protecting your rights and the security of your family. As soon as a railroad worker suffers an on-duty injury, the railroad’s risk management department and claim agents begin protecting the railroad’s interest. These people frequently take a “blame the worker first” approach, resulting in biased incident investigations, witness intimidation, and claims of “safety” rule violations by the worker. You need to get tough LIA and FELA attorneys working for you, to protect your rights as hard as the railroad is working to protect theirs.

In order to protect yourself and your family’s security, it is important that you understand your rights and obligations when you suffer an on-duty injury. Brian Reddy has over 20 years of experience litigating and trying cases against railroads on behalf of injured workers. Call us at (419) 482-1467 any time for a no fee and no pressure consultation with Brian Reddy. We intentionally limit the number of cases we take to ensure that each case is given the attention it deserves from an experienced FELA lawyer, not a secretary or paralegal. If we take your case, we are committed to offering you advice and assistance throughout the process. However, any decision about whether to accept a settlement or proceed to a jury trial is entirely up to you.